What is emotional eating?

Before I share with you HOW to “tackle” emotional eating, we first need to understand what it is.

Emotional eating is simply eating when you are not physically hungry or/and using food to change your emotional state. EG

“I’ve had a hard day so I’m indulging in a pizza and ice cream tonight.”

Yes, in a perfect world, we wouldn’t eat unless we were physically hungry and then when we did eat, we would of course choose the most natural foods possible to nourish our bodies, fight off disease, live forever and fart sunshine, rainbows and unicorns! ☀️ 🌈 🦄

But you and I both know, there’s no such thing as a “perfect world” – and thank goodness for that! 😉 There’s no such thing as “perfect” either because someone else’s idea of perfect is different to yours. The whole world is an illusion perceived by each individual’s perception of reality. 🤯 Let me say that again…

The whole world is an illusion perceived by each individual’s perception of reality. 🤯

You can flip “perfect” on its head and see everything as perfect exactly as it is, but that’s deep spiritual work that most of us take years, if not lifetimes to reach. And you never actually “reach” it, because there’s nothing reach, it’s more a state of “being.” But I’m getting off track now…

As humans, we are driven by our emotions on an unconscious and conscious level. If we didn’t feel any emotions, we would just be blobs of flesh and bone walking around with vacant faces – I am envisioning Mr Anderson from The Matrix right now … 😂 Or maybe we wouldn’t even walk because we wouldn’t feel like we needed to go and do anything 🤔

FYI – I did originally write “We would just be like animals acting out of instinct” but then I had a feeling that animals surely must have emotions too and God Google confirmed that!

In a nutshell, we are very complex creatures as humans, each one of us having experienced different traumas, conditioning and influences that cause us to each have a different perception of the world, which includes having different emotional triggers.

What we all do have in common is that we are all genetically programmed to seek pleasure and avoid pain. Nothing wrong with that right? Makes sense…

That is until what we are doing to “seek pleasure” is now causing us more pain than the thing we were trying to avoid in the first place. EG –

A binge eater who is emotionally eating.

Binge eating is not the same as emotional eating

Binge eating is a natural almost uncontrollable mental and biological response to an impending or actual restriction either physically or mentally. EG –

Physical deprivation: When you’ve been on a diet for some time and you eventually give in to that pizza and you wonder why you eat an XL to yourself and order dessert afterwards even though you were “full” after eating half. This type of excessive eating usually lasts another couple of days until you start your diet again.

Mental deprivation: When you’re physically eating the chocolate but you’re constantly telling yourself that you shouldn’t really be having it and wishing that you didn’t want to eat the chocolate as much as you do. When you don’t mentally and emotionally allow yourself to eat the thing, your body still feels restricted – hence the binging behaviour even when you’re not physically dieting anymore.

Emotional eating, as I’ve just previously said, is eating when we are not physically hungry. Maybe we just simply want to experience the pleasure of tasting the thing.

Or maybe we feel sad and need a “pick me up” and so we reach for the ice cream – like in the movies when the lead female role is dumped by the lead male character. And then of course after the initial pity party of face-planting ice cream, she then goes to either lose weight or get a makeover to get said man back… 🙄

You get the point.

What often happens is that when a binge eater starts emotional eating, it often turns into a “binge.” BECAUSE the binge eater feels bad about using food to self-soothe.

An example of a non binge eater when emotional eating:

The person has had a bad day.

He decides to get a pizza on the way home because he wants to experience the emotional “comfort” that the pizza will bring him. 🍕

He eats the pizza and enjoys it and get’s on with his life.

***Notice that I used an example of a man. This was intentional. Not because all women have a problem with emotional eating but because women’s relationship with food is generally more emotionally involved than men’s because we are emotional beings and our emotions are our superpower!

An example of a binge eater when emotional eating:

The person has had a bad day.

She decides to get pizza on the way home because she wants to experience the emotional “comfort” that the pizza will bring her. 🍕

She eats the pizza and feels terrible about it. She will say things to herself such as:

“I shouldn’t have had that.”

I’m disgusted in myself.”

Which then perpetuates the cycle of shame. She feels ashamed for having had the pizza and so she then comforts herself with more food – hello speed dial dessert delivery 🍮 🍨 🍪 🧁 She thinks F it, I’ve already been “bad” today so I may as well eat X, Y and Z and then get back on the wagon again tomorrow.

It is her perception (her thoughts and emotions) of what it means to eat the pizza that causes the domino effect (haha Domino’s 🍕) of a harmless pizza to turn into a full-blown binge in a whirlwind of shame, regret and self-hate.

How to “tackle emotional eating”

I say the word “tackle” in quotes because, in my wise opinion 🦉 , it’s not about “tackling” anything. When we tackle something, it’s hard, forceful and can be very difficult.

Remember when you gave up chocolate for lent and all of a sudden, you wanted it even more?

Or when a rather annoying post date was chasing you and he suddenly stopped and you found yourself kinda wishing he would message you again…?! 👀

The most obvious thing to do is to work on healing your relationship with food and your body so that you can live the way I do… free from obsessive food thoughts, eating to serve your health goals if that’s appropriate to you, and enjoy living in the body you have…

But I’m not only here to give you shameless plugs (that will change your life if you acted on them 😉), so let’s get into one tip today (I actually have at least 3 big ones but hey I can’t give all of my secrets away can I🤐) that will help your emotional eating “problem”…

I’m sure you’ve heard it all before from well-meaning health coaches (or even specifically emotional eating coaches!)

“When you want to eat chocolate, go for a walk instead”

“When Ben & Jerry are calling your name, call a friend instead”

The thing is, whenever we try to replace something, we are restricting. And you know what restriction does… (reminder for those in the back – restriction turns you into a biological, emotional and mental “monster” almost like a drug addict wanting to do nothing more than overdose on the thing you’re restricting!

Meaning that when you go for a walk instead of eating chocolate, it’s extremely likely that – even if it “worked” this time – you will end up rebelling eventually.

Explore other ways of taking care of yourself to add-in

It’s like crowding in extra fruits and veggies instead of removing certain foods.

It gives us a broader, more loving approach to emotional eating which doesn’t make us bad or wrong.

Change is much more likely long term, if you are motivated by a place of love rather than fear.

Let me give you a real life example as to what this looks like:

You’re sat watching a chick flick (stereotypical I know, sorry!) and you really want the tub of Ben and Jerry’s that is calling your name from the freezer.

Because you’re smart and you’re being coached by me 😉 you remind yourself that you can have the tub if you truly desire it, because… ALLOWANCE is key! You check in with yourself and ask yourself the following question:

“Am I really hungry or do I just want to change the way I feel?”

You note that you’re not actually physically hungry, but you are emotionally hungry because you want to taste the ice cream and “upgrade” your movie-watching experience. You also remind yourself that that’s ok. 🥰

So you ask yourself:

“What else could I do alongside eating ice cream that will “upgrade” my movie-watching experience?

(FYI – You’ve paused the movie at this point 🤣)

You ponder for a while and you come up with a few suggestions:

You decide to choose option one and you also remind yourself that if you want more ice cream after you’ve eaten your serving then of course you can.

This scenario can be played out many ways depending on the situation but the key is to:

Keep practising the key points with self-compassion, knowing that you get to take your power back. Food isn’t in control of you, you are in control of your choices. Whilst you explore other ways to take care of yourself that aren’t only food-related, you can broaden your self-care tool kit 🧰.

But remember that the moment that you make emotional eating “bad”or “wrong” you’re going to be heading down a slippery slope.

If you like personal help on your own food and body freedom journey then I would love to get to know more about you and share with you what it would look like to work together. 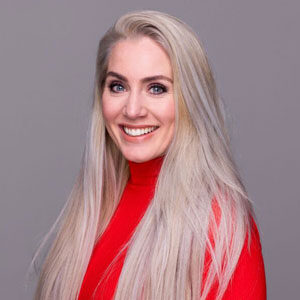